How to Talk About Race Without Getting Stuck in ‘Clybourne Park’ 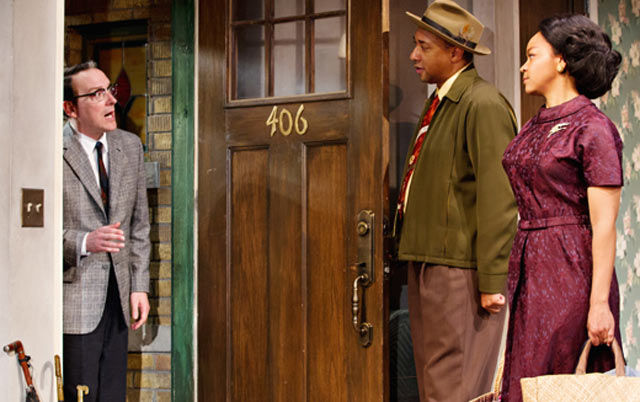 Bruce Norris’ play “Clybourne Park” picks up the conversation about race where Lorraine Hansberry’s “A Raisin in the Sun” left off. Nominated for four Tony Awards, this drama is set in fictional Clybourne Park–the Chicago neighborhood that represents the American dream to the Younger family of “Raisin.” The first act of the play simmers as the all-white community comes to terms with the idea of blacks moving into their midst during the 1950s. The second act explodes as the same neighborhood, now all-black and neglected, is “rediscovered” in the 1990s. Two affluent couples, one black and one white, face off over zoning laws. What begins as a negotiation over building codes develops into a screaming match about race, gentrification, and identity.